These are the subject areas I have most experience in: Music, History, Psychology, Clinical Studies, Medical Research Articles, Pharmaceuticals PIL and SmPC leaflets, Literature.

I am currently (Sept 2021) translating Yasemin Soysal’s bestselling book, “Tek Şişman Beyniniz”, The Only Fat Thing is Your Brain,  (published in Turkey by Pozitif Yayınları).

History/Psychology/Evolution/Political Theory: My English translation of Cem Eroğul’s brilliant book “Birey Nedir”, Marxism and the Individual,  has been published by Palgrave Macmillan (published in Turkey by Yordam Kitap).

Literary Translation: My translation of  ‘Savaşın Çocukları’ by Ahmet Yorulmaz,  has been published in the UK by Neem Tree Press and is now available worldwide in its English version, “Children of War”. You can read an extract below.

Encylopaedias: Other recent publications include the Vehbi Koç Foundation 50 Year Encyclopaedia, which is available in hardback and as an online resource. A while back in 2014, I was lucky enough to translate the fascinating Atlas of Sinan: Architectural Genius of an Empire (Sinan Atlası: İmparatorluğun Mimari Dehası), a Bilingual Atlas of the works of the architect Sinan.

Editing: I edited “The Kurds of Turkey”, written by Cuma Çicek and published by I.B. Tauris. 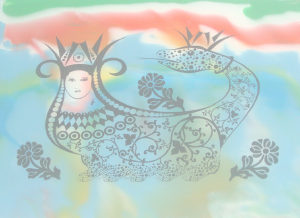